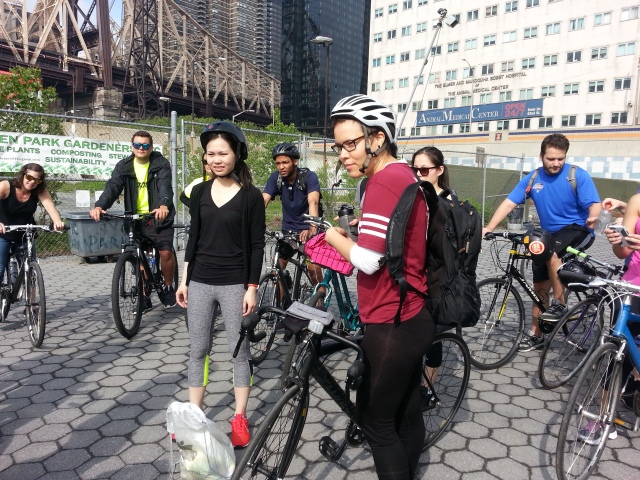 This is a bucket-list ride: A 32-mile ride that goes around Manhattan, using part of the East Coast Greenway.

We’ll start along the East River and go north and counter-clockwise, through Harlem and along the Harlem River Park Greenway, eventually west to the amazing Hudson River Greenway all the way to Battery Park and then north along the East River … until the gap south of the United Nations, where the ride ends.

There are some streets and traffic to negotiate, especially on the east side, but mostly on-street bike lanes. There are some hills on northern sections.

And the group will be far, far, far smaller than the insane number on the 42-mile 5-Borough Bike Tour.

A gardener (along with the Brit) who has discovered there is more than hybrid tomatoes. And a cyclist.
View all posts by alliumstozinnias →
This entry was posted in bike ride and tagged East Coast Greenway, East River Greenway, Harlem River Park Greenway, Hudson River Greenway, New York City. Bookmark the permalink.