Day 3 — 43 miles from Ellsworth to Bangor

Posted on August 2, 2016 by alliumstozinnias 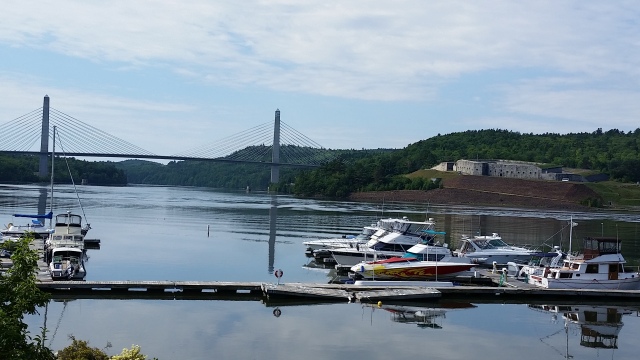 This was a short day, but the hills were the toughest we’ve had so far.

It started with a long, steep climb out of Ellsworth and barely let up as we followed U.S. 1 to Bucksport… where we again faced a climb out of town. It got to the point where I inwardly groaned when I saw a descent coming up because I feared the ascent. Some of these hills were Anchor-House-worthy! You know what I mean, Ken Carlson!

(Yes, some descents were pretty awesome. I hit 39 mph on one hold-on-tight drop.)

Of course, all that climbing — the “official” estimate is 2,571 feet — means you can eat whatever you want, right?

So while others drank their coffee in Bucksport, I (kind of patiently) waited for the ice cream shop to open at 11 a.m. 45 minutes!! (I know! But it was a short day, and I figured this town needed my $2.50 more than Bangor, given that a paper mill and 800 jobs had disappeared about a year ago.)

I peered in the windows countless times. I even spotted someone in there a couple of times. I swear she saw me too! But did she open up early? Nope. By the time she did, just about every rider had taken off. But I finally got my Maine blueberry ice cream. 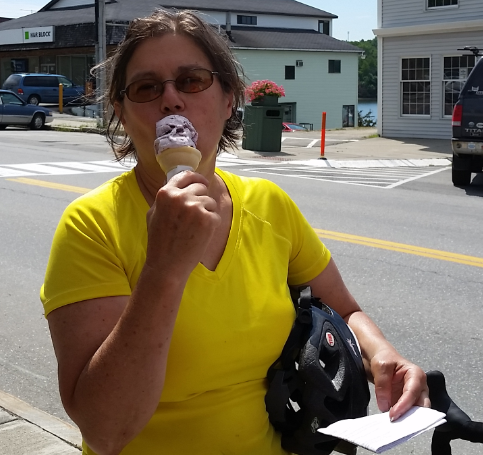 Bucksport was the halfway point, and as we approached Bangor, Molly, the East Coast Greenway staffer responsible for Maine, said she wanted to check out a new riverfront trail in Brewer, across the river. The mileage was the same, plus there was a brewpub on the trail. Did we want to come along? 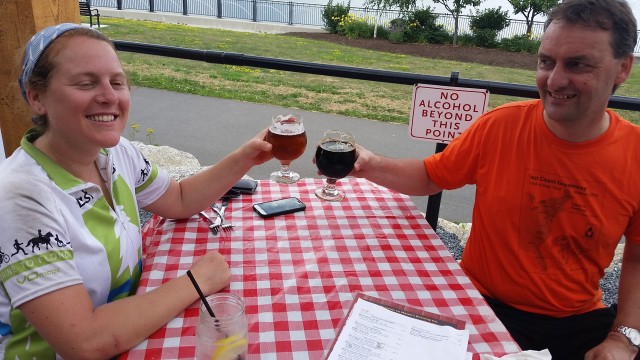 Molly, Clive and the IPAs at Mason’s Brewing Co.

The food? Do you want your fries just dirty? Or filthy? We of course had to try filthy (think a Maine take on Canada’s poutine, down to cheese curds). Delicious!

Someone else went healthy… 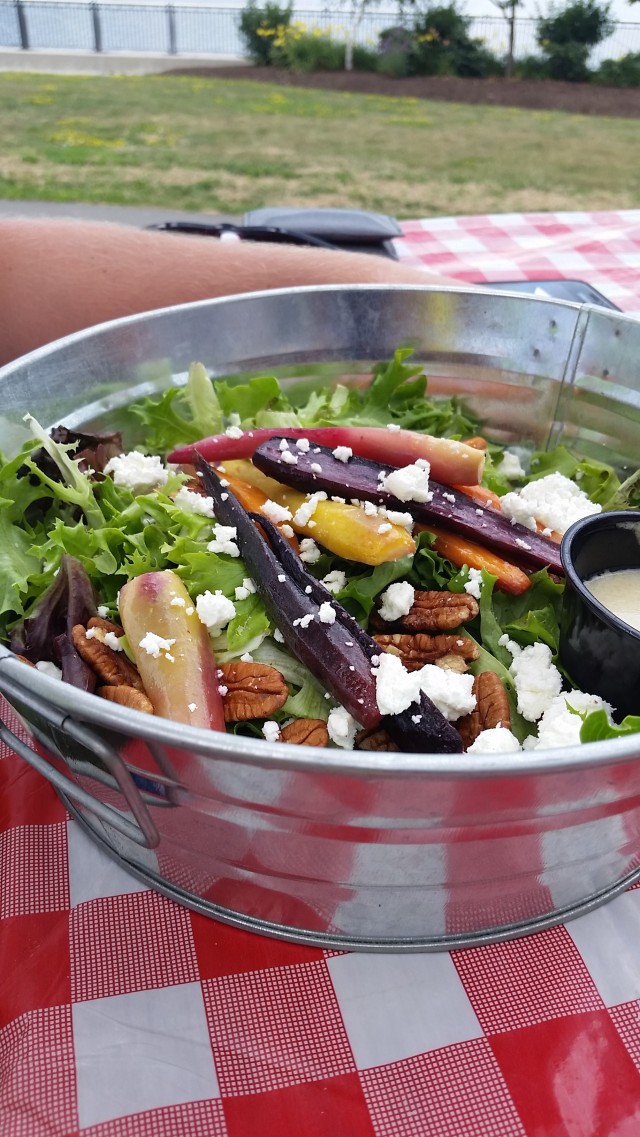 Where’s the fun in that?

A gardener (along with the Brit) who has discovered there is more than hybrid tomatoes. And a cyclist.
View all posts by alliumstozinnias →
This entry was posted in bike ride and tagged Bangor Maine, Bucksport Maine, East Coast Greenway, Ellsworth Maine. Bookmark the permalink.

1 Response to Day 3 — 43 miles from Ellsworth to Bangor