Day 0: Exploring Savannah ahead of a weeklong bike ride

Posted on November 10, 2018 by alliumstozinnias 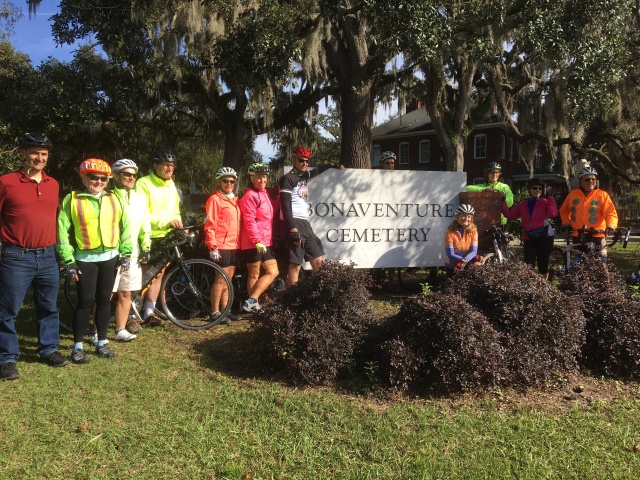 Another adventure on the East Coast Greenway begins Sunday. About 40 of us will spend the week biking from Savannah to Titusville, Florida. But some of us couldn’t wait, so we rode through Savannah and out to the giant Bonaventure Cemetery, of “Midnight in the Garden of Good and Evil” fame.

My fellow riders seemed more intent on finding the grave of Johnny Mercer, founder  of Capitol Records. He’s also the great-grandson of Hugh Mercer, a Confederate general who in turn was the grandson of the General Hugh Mercer killed at the Battle of Princeton during the Revolution. Somehow New Jersey is never far away!

I do love learning bits of history on bike rides, and there’s  more Revolutionary War history in Savannah. The Siege of Savannah in 1779   is a mystery to me, something not taught in U.S. History classes. I learned of the contribution of Haitians and the death of Count Pulaski (remembered through New Jersey’s Pulaski Skyway). 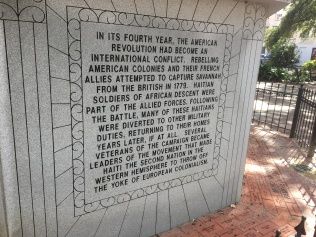 Colonial Cemetery, the first resting place of Nathanael Greene (until he got his own spot in one of Savannah’s famous squares), is the only city cemetery devoid of Confederate graves, I overheard a tour guide say. 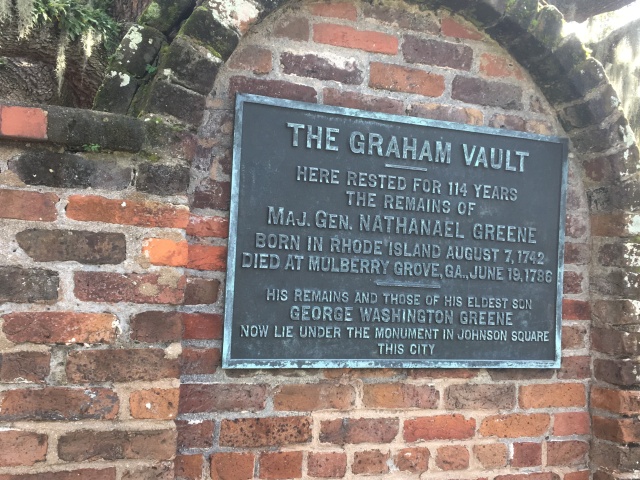 This New Jersey connection was a surprise. Though it’s Rocky Hill, not Rock Hill. If I’d had some chalk, I’d have been sorely tempted to fix that:

No proper Lafayette sighting, unlike further north. Sure, there’s a square named after him, but the sign wasn’t photo-worthy. The Marquis seems to have only come through on his Grand Tour to celebrate the 50th anniversary of the Declaration of Independence.

Away from the past … how can you not find the tastes of the South? Roasted pecans, sweet potatoe pie, barbecue…. Two out of three at the farmers market. 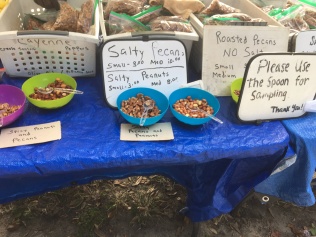 We’re staying above a bakery that does fancy cakes — got to love the sign in the shop: 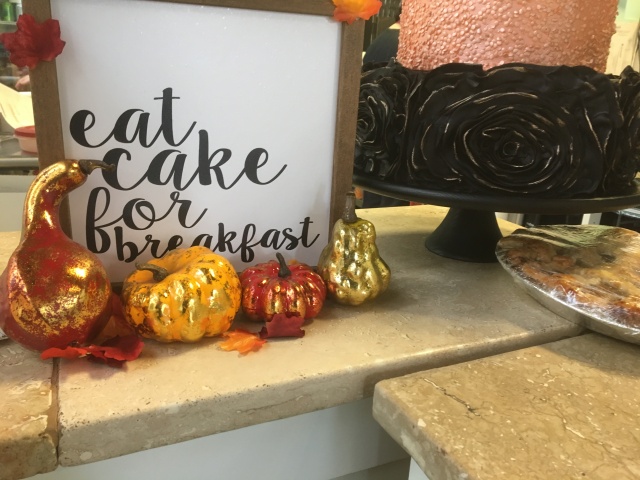 Didn’t I say that bike rides are all about the food?

A gardener (along with the Brit) who has discovered there is more than hybrid tomatoes. And a cyclist.
View all posts by alliumstozinnias →
This entry was posted in bike ride and tagged East Coast Greenway, Georgia, Savannah. Bookmark the permalink.

1 Response to Day 0: Exploring Savannah ahead of a weeklong bike ride