Best way to see Vicksburg battlefield is by bike

Posted on March 22, 2017 by alliumstozinnias

This morning was just a fabulous ride — all through Vicksburg National Military Park, led by a cyclist with great stories about the park and some of the soldiers. I am now convinced that the best way to experience a national park is by bike. And if you’re biking the Natchez Trace and have the opportunity to tack on some time for Vicksburg, do it.

Let me start by saying I didn’t realize the Vicksburg campaign was so complex. Yes I knew that it was the last piece in giving Union forces control of the Mississippi River. But I thought General Grant had just laid siege and waited out the Confederates. I had no idea that he tried several assaults that all failed as had an attempt to divert the Mississippi with a canal, that his military career was in danger and that he had tried a daring strategy that included running his supply-laden gunboats down the river in the middle of the night and close to the shore where that the Confederate cannon couldn’t point down enough to hit them.

And no one believed Grant could do it. Even William Tecumseh Sherman didn’t. He called Vicksburg “as strong as Gibralter.”

Vicksburg is on a bluff and the river used to run right below it (the Mississippi moved itself in 1876 and no longer does). So there were hills — great descents with curves, only to have to go right back up. But once again, they weren’t anything like the hills back home.

This is the most monumented park in the country (and probably the world) — there’s an estimated 1,500-1,600 monuments, from simple granite markers to elaborate monuments. There are even some in town, in parking lots and such. 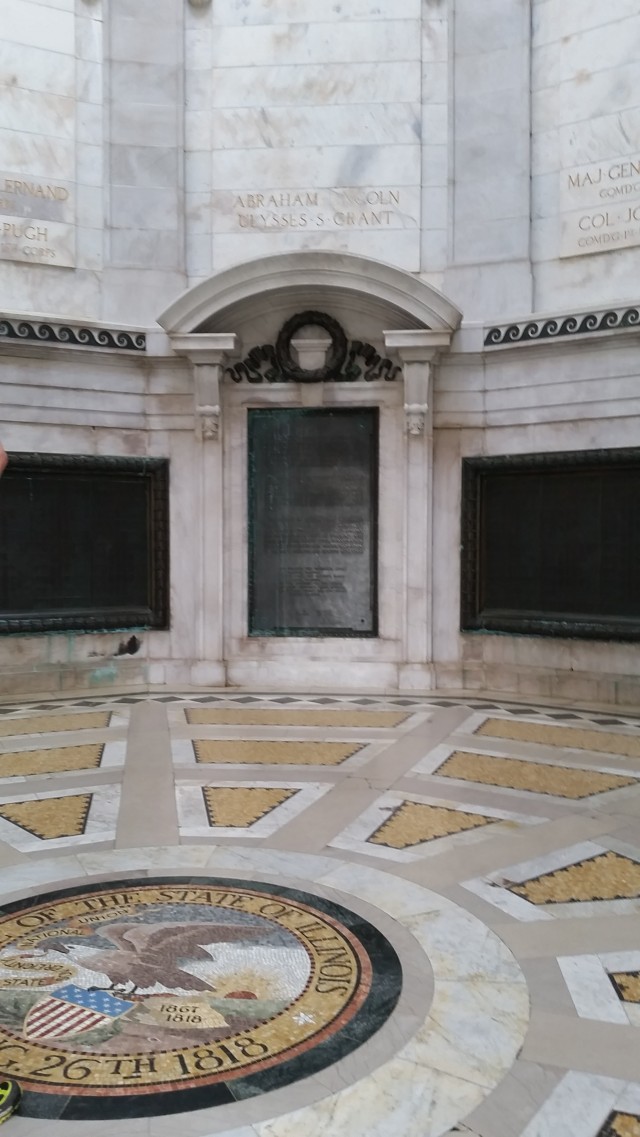 The Wisconsin one is simpler, but note the bald eagle at the top. This was the mascot of some of the troops and “Old Abe,” as he was called, was a live bird carried in a box and that the Confederates wanted captured. It survived the war.

Here’s another great monument — to African-American soldiers. The one on the right is looking back fearfully at the past. The one in the middle represents the present and the suffering of war. And the one on the left is looking hopefully into the future.

And there are the trenches and tunnels the Union soldiers dug as they moved closer and closer to Confederate lines and needed to stay hidden from Confederate marksmen. There’s also an ironclad that sunk in the river and has been brought up. Much of the iron is gone and the wood is rotting (where it hasn’t been replaced).

Our time in the park was short because we had to head for the Longleaf Trace trail some 90 minutes away by car. (I’ll report on that soon.) But thank you Michelle from Crooked Letter Cycling for a great tour!

A gardener (along with the Brit) who has discovered there is more than hybrid tomatoes. And a cyclist.
View all posts by alliumstozinnias →
This entry was posted in bike ride and tagged Mississippi, Vicksburg. Bookmark the permalink.