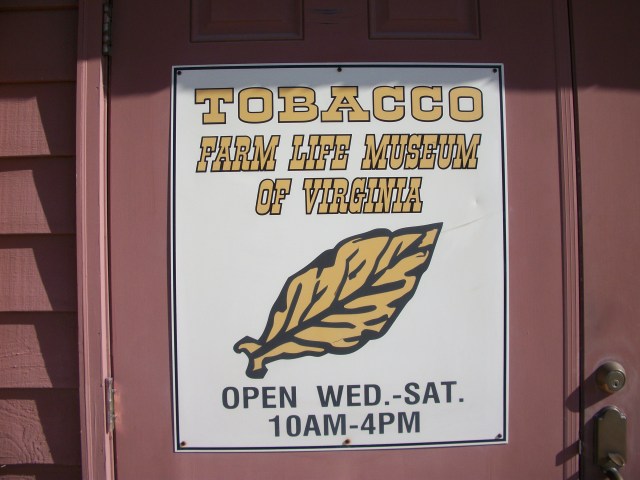 With Wednesday just a short day, many of us opted for a late start so we could visit the local museums in South Hill. After all, tourism is part of bike touring.

I passed on the doll museum (a local woman’s large collection) and the train museum (the layout of the local club plus part of another collection — I was told it was impressive) and just went to the tobacco museum for a bit of education.

Tobacco is still part of the area economy, but with the help of machines, three people can plant an acre in an hour or two, not the full day it took a century ago. Back then, you used a wooden peg to make the hole for the plant (not too different, really, than I sometimes do in my garden), then use this metal contraption that would drop a seedling into the hole and add water.

Leonard, who runs the museum, gave me a peek into the sheds where they once dried tobacco leaves, a process that took days and a fire that kept the space around 120 degrees. My bet is that today, those men would be barbecue pit masters. 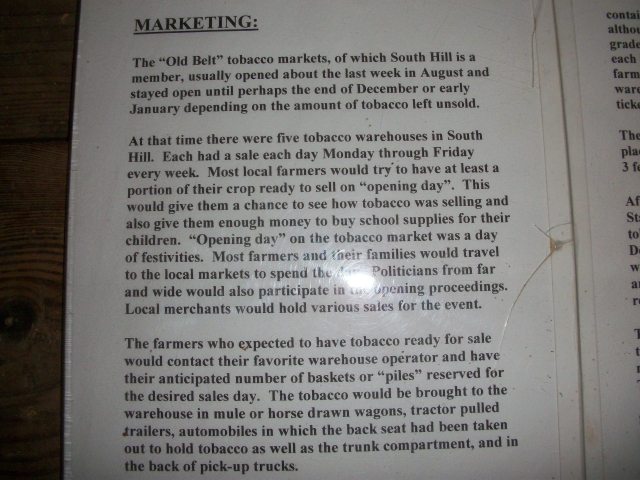 Some more pictures from the museum:

A gardener (along with the Brit) who has discovered there is more than hybrid tomatoes. And a cyclist.
View all posts by alliumstozinnias →
This entry was posted in bike ride and tagged South Hill Virginia. Bookmark the permalink.